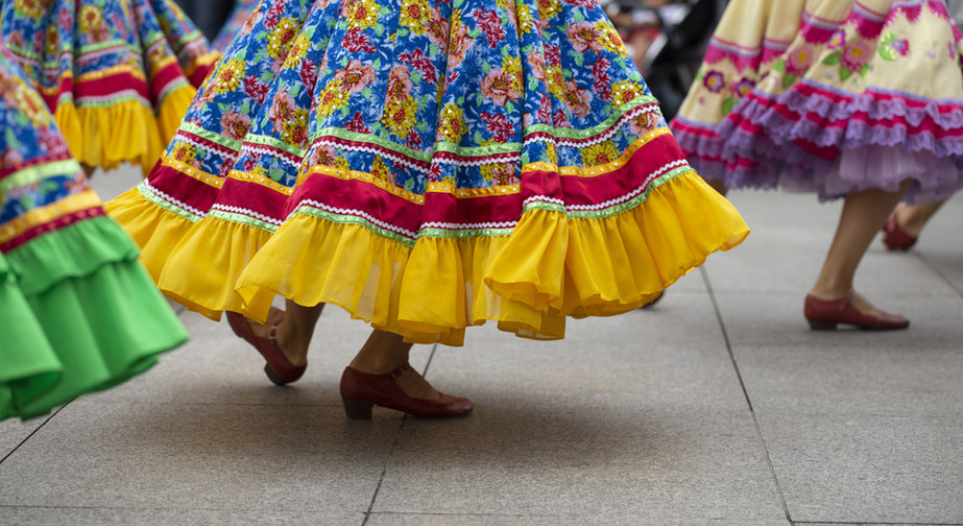 The way people have dressed differs from time to time and from region to region. Man depended on natural sources and materials to design their clothes, shoes, headcovers, hats, etc. The design and materials used are determined not only by the available natural resources but the environment and climate nature. Cold countries use different materials and styles than those with hot or dry climates. Therefore, each country and human society has its own identity when it comes to fashion. We refer to this type of clothes, as traditional, folk or custom clothes.

The Traditional clothes are rich and unique. Some traditional customs are simple in design and fabric. They don’t require much effort. For example, Sari, the traditional clothing in India, Pakistan, Bangladesh, Sri Lanka and Nepal, is one piece of unstitched fabric.

Others may include a very detailed artistic design using embroidery, such as Palestinian Folk clothes, which have been considered in 2021 as the intangible cultural heritage of humanity by UNESCO.

Whether these traditional clothes are simple or sophisticated, they all share one thing, a representation of the heritage and culture of their society. Therefore, these are sustainable; if we take out a few clothes produced by machines nowadays.

Even with the practice of producing folk clothes using machines, these are rare and in low demand. Because people don’t consider a piece of clothes traditional unless it is made manually or handcrafted. The reason goes back to old times when the need to produce clothes was derived from what one had around. So, if you live in a cotton, linen or tunic rich region, then your traditional clothes will depend on local natural resources.

Traditional clothes usually are passed from one generation to another. Therefore, they are crafted to last. Also, even with the fact that nowadays, the folk dresses have been abandoned and worn only on special or official occasions, villagers, women, and men continue to wear them.

In many countries such as Tunis, Morocco, Egypt, Turkey, Jordan, Lebanon, and Palestine among others especially in the Middle East, women in suburb areas, and sometimes in small cities, still wear traditional clothes in pre-wedding celebrations such as Henna night, which is similar to the bachelor party.

In some Asian and African countries though, women still wear their traditional clothes at weddings, such as the beautifully embroidered Indian red wedding dresses.

The final thought I would like to include here is that gold embroidery is popular in China, India, the Middle East, and the UK, where traditional bags, purses, shoes, hats, scarves and clothes are sewed. Gold is one of the most sustainable materials due to its ability to be reused over and over without losing its value.