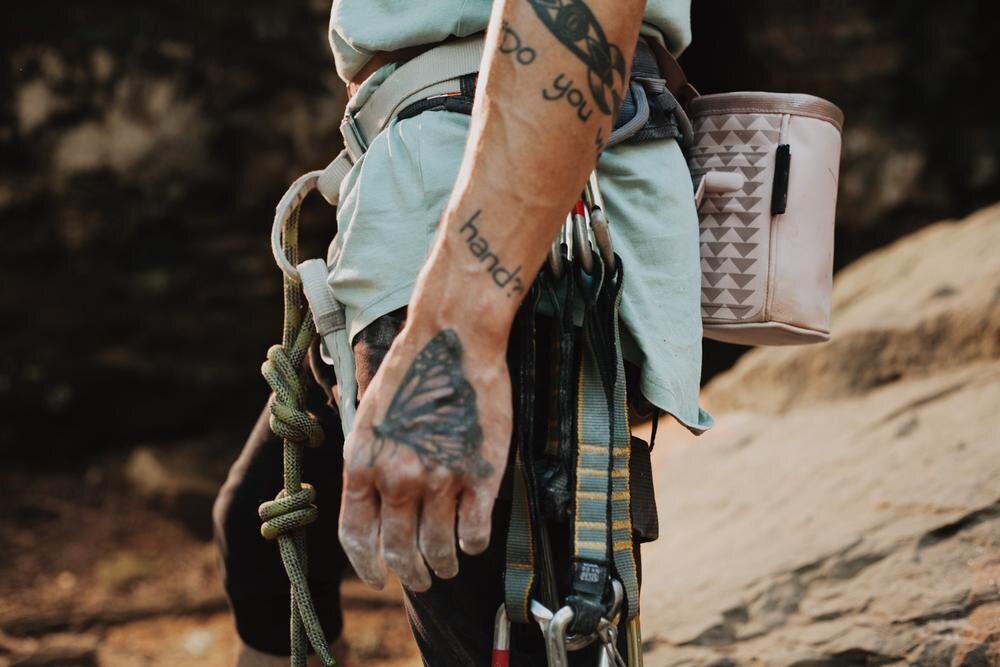 Jason Momoa has a lot of leverage—the Aquaman star and former Game of Thrones actor has already cemented himself as one of Hollywood’s top box-office actors, and yet, in many ways, he’s still just getting started.

Now, Momoa is taking his passion and talents into the sustainability space—specifically, through a conscious outdoor collaboration with the company, So iLL. The So iLL (Southern Illinois) brand was born on the porch of Daniel Chancellor’s college rental house many years ago—with initial inspirations coming from Chancellor’s own love of climbing and living life unhinged, outdoors.

“My brother and I were climbing in the attic in the evenings on a small home wall we had built and pouring holds (by hand) at the kitchen table during the day. We took the same “create an indoor playground” approach while designing and shaping our first holds,” Chancellor said. “There were no rules for indoor climbing, which gave us the freedom to create things that would never be found outside.”

While So iLL was initially branded as a company that specialized in climbing holds when it was first developed nearly 15 years ago, the brand has since evolved into a full-service company that produces unique outdoor-wear like shoes and clothing. These specially designed items are perfect to sport while climbing, working out at the gym, or simply spending time outdoors.

Not only are the styles comfortable and effective, they also stand out with eclectic, indie-inspired designs—an aesthetic that’s long been embraced by its most recent collaborator, in Momoa.

Chancellor and Momoa were reportedly introduced through a mutual friend and found friendship through their shared love for climbing—which apparently also started around the same age in their youth too.

In a statement, Momoa—an already well-established fan of the brand, even prior to his newfound friendship with Chancellor—said: “Climbing found me, it blessed me, and I fell in love with it.

Naturally, a collaboration between the two creatives was inevitable—and it only recently debuted as the “So iLL x On The Roam” collection, a conscious line of shoes, bags, climbing gear, and more. The highlight of the collaboration is the prioritization of sustainability, which is apparent in even the most meticulous details of the clothing and outdoor gear.

The Eco Camo Collection, an entity within the collaboration, features everything from chalk buckets and bags and Dirt Bags, to new winos that are made from recycled plastic water bottles, biodegradable outsoles, and BLOOM algae insoles.

A number of other designs within the collection also boast sustainable elements that make the clothing and gear perfect for outdoor enjoyment, while also supporting the preservation of the environment in the process, as well.

While the collaboration between Momoa and So iLL might appear to be a bit of a unique feat on the actor’s extensive resume, the Hollywood star has actually been a longtime environmental activist—back in 2019, Momoa joined the TMT protest at the base of Mauna Kea in Hawaii, after voicing opposition to the Thirty Meter Telescope set to be built on sacred mountain land.

For more information and to purchase items from the collection, visit www.ontheroam.soillholds.com.