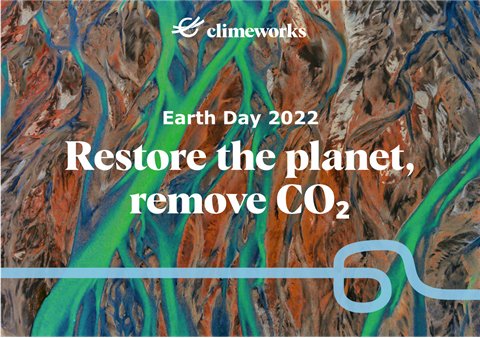 Let the Planet Breath with Climeworks

If like many of us you are thinking of giving back to the planet this Earth Day, Climeworks has cleverly come up with a solution to take the CO₂ from the atmosphere and put it back into the ground.

Over hundreds of years the effects of carbon being extracted from the Earth’s core, releasing excess carbon dioxide into the atmosphere, have instigated climate change. An issue that must be faced. This can be overwhelming to think about as an individual and know what to do to help. Climeworks have created a variety of monthly subscriptions, that allow users to remove CO₂, from a range of prices and custom subscriptions.

Why is there too much carbon in the air? Carbon dioxide is released naturally by plants and animals, and when they die, their carbon matter becomes part of the Earth’s surface, forming layers of rock. The carbon in this rock would not usually be released, but unfortunately, humans have been digging it up at an alarming rate to use as fossil fuels. Climeworks have begun to restore the Earth’s surface: with CO₂ removal technology, carbon is pulled from the air and turned back into rock to be stored safely underground, forever.

A unique way to give back to the planet for Earth Day. Find out more here – https://climeworks.com/earth-day