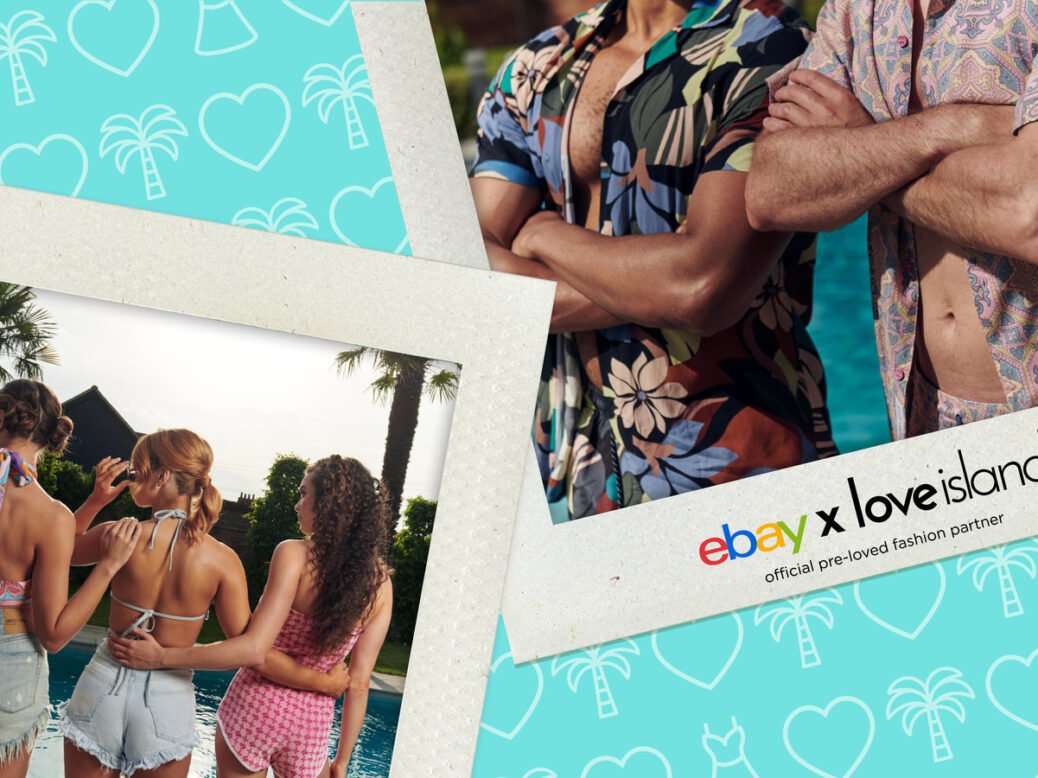 Love Island Has Coupled Up With eBay, But What Will Its Real Impact Be?

Last week the reality dating show Love Island broke the news that they would be coupling up with a new kind of love, eBay. A flurry of articles followed that called the partnership ‘commendable’ and a ‘miracle’ move toward the fall of fast fashion. And in a way, it is hard to disagree. There is a clear power of influence that radiates off of this Balearic Island show, with episodes reaching up to 3 million viewers, to a dress worn by Molly Mae selling out in 10 minutes. It’s arguably a generation-defining show whose sway has created some of the world’s most powerful content creators. So with that in mind how can preloved fashion not have a well-deserved spotlight shone upon it.

Right now we’re in the middle of a secondhand clothing boom with the industry set to double between 2020 and 2024, showing the cleverness of this move for both Love Island and eBay. Consumers are primed to enjoy secondhand clothing with 20% of UK consumers buying more secondhand clothing than they did two years ago, and 80% of Gen Z specifically owning pre-loved clothing. The islanders will wear both their own clothing and items from the eBay collection while being encouraged to adopt an ‘Eat, Sleep, Rewear, Repeat’ attitude to how they dress. Head of Fashion Buying at Ebay, Jemma Tadd commented “I really hope that is going to lead to meaningful change in the industry”. But with a show so well known for producing social media influencers who survive off of fast fashion deals, is Jemma right?

After the dust of excitement settles, we have to question how much of an impact this will have on sustainable fashion. Many of the ex-islanders profit (both financially and for their reputation) from a seemingly endless supply of brand collaborations, with brands like I Saw It First and In The Style almost guaranteeing a collection for ex-islanders. If you’ve been on Love Island, they want to give you a brand deal often reaching near six figures and thousands of items of clothing being produced. And therein lies the paradox of Love Island in this new partnership with eBay.

While the exposure to preloved clothing will undoubtedly encourage its viewers to shop second hand, the post-Love Island frenzy of fast fashion deals and collaborations will also influence its viewers to shop. Rumoured islanders for this year’s summer of love are no different from the trend of influencers, models, and celebrity offspring we’ve been seeing over the years. Come the end of summer, it would be no surprise if the thought of buying preloved will be overshadowed by the newest fast fashion offering from an Island favourite.

It remains to be seen what impact this partnership will have for sustainable fashion on Love Island viewers and beyond. But while the hype around this partnership mellows over the coming weeks, we should be questioning; can a show that is driven by social commerce, be a force for real change in sustainability?