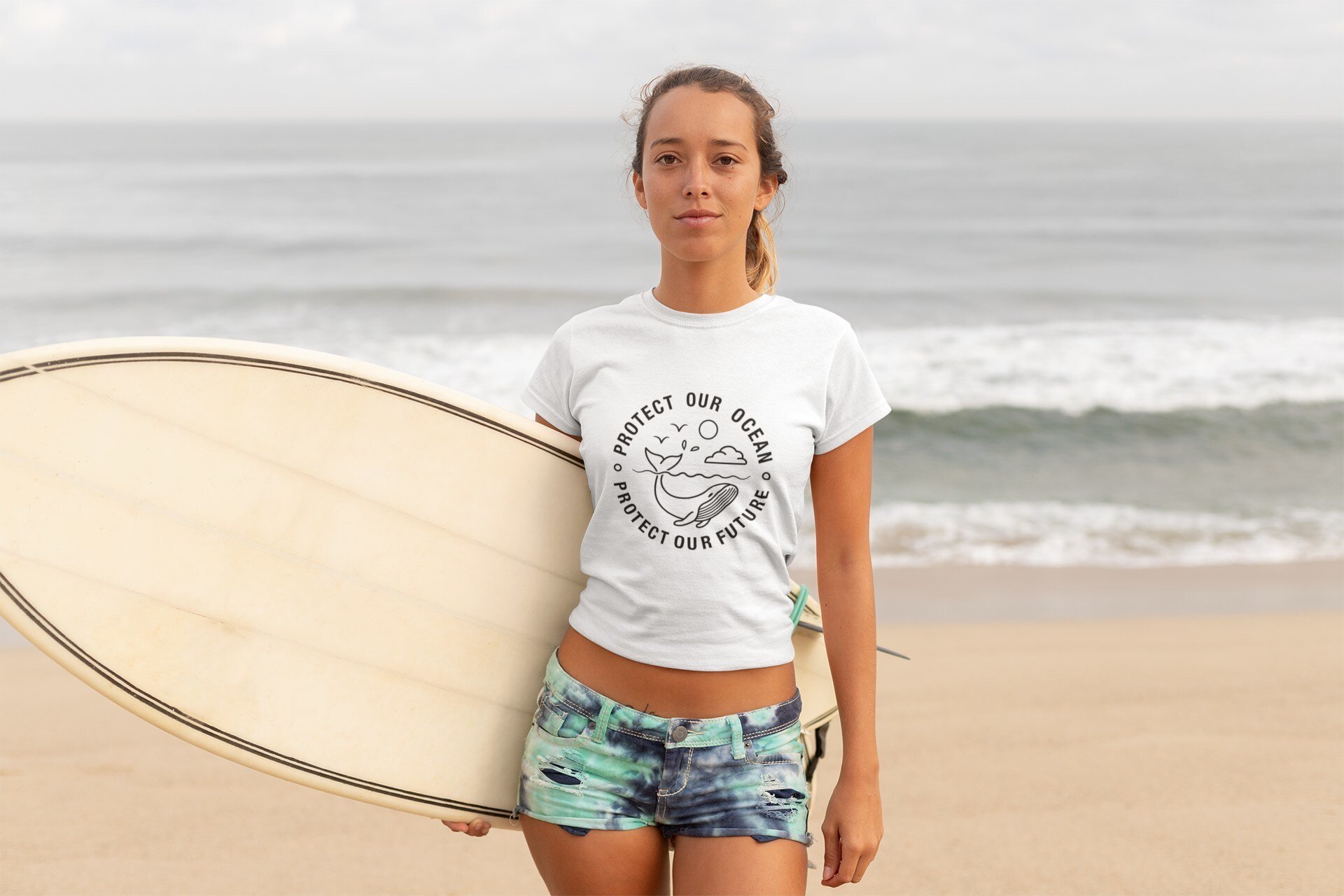 Conscious consumerism is the wave of the future. And more than ever before, companies are finding that transparency, authenticity and placing value in the quality of products, is more important to shoppers.

While many brands are attempting to shift and refine their corporate strategies to appeal to this more morally-driven consumer, other brands are building their companies on this basis from the get-go—showcasing that it’s about more than just a product, it’s about the who and what is similarly affected by the make of the product.

With this strategy proving to be the wave of the future, brands like The Ocean Project are setting a new value standard for shopping. The Ocean Project, at its core, is a company driven by a mission to make a notable difference within the ecosystems of our world’s oceans.

With every product purchased through The Ocean Project—whether it be a t-shirt, bracelet or even a necklace—the company is then able to pull 2.2 pounds of plastic trash straight from numerous bodies of water—like oceans, waterways and even localized rivers.

While the feat sounds remarkable (because it totally is) it’s also all a part of a greater standard that’s been set by the brand to ensure that whatever their contributing or selling is involved in a greater conversation or action—particularly those that are related to preserving the ecosystems of oceans.

According to data from the Center for Biological Diversity, thousands of seabirds, sea turtles and other marine mammals are killed every year solely through the ingestion or entanglement of plastic. And endangered wildlife species like the Hawaiian monk seals or the Pacific loggerhead sea turtles are among the nearly 700 species that will either ingest or get caught in plastic elements.

In a press release statement, Lisa Anderson, co-founder of the Ocean Project, described the company’s efforts as such:

“As consumers, we want our purchases to make a difference for animals and the planet. Ocean Project has made it a central part of its mission to approach fashion in an ethical and open way. We want people to look and feel good in what they’re wearing and know that the money they spend on their clothes helps clean the environment.”

Anderson continued in saying: “Like many of you, I want to live in a more just, equal and engaged world. And we believe that simply starting a conversation is one crucial way to spark that change,” said Anderson. “Every purchase you make includes a donation to cleaning plastic from the oceans and helps save endangered animals. To date Ocean Project has donated more than $41,000 to clean up projects.”

While there are so many issues with pollution and inequality that have long forced a dark cloud over the fashion industry—particularly with acts like inorganically coloring fabrics or relying on toxic dyes—the Ocean Project represents a hopeful future for the shopping industry and greater world, as well.

For more information on the Ocean Project, to purchase products or to make a donation, visit www.oceanproject.co.