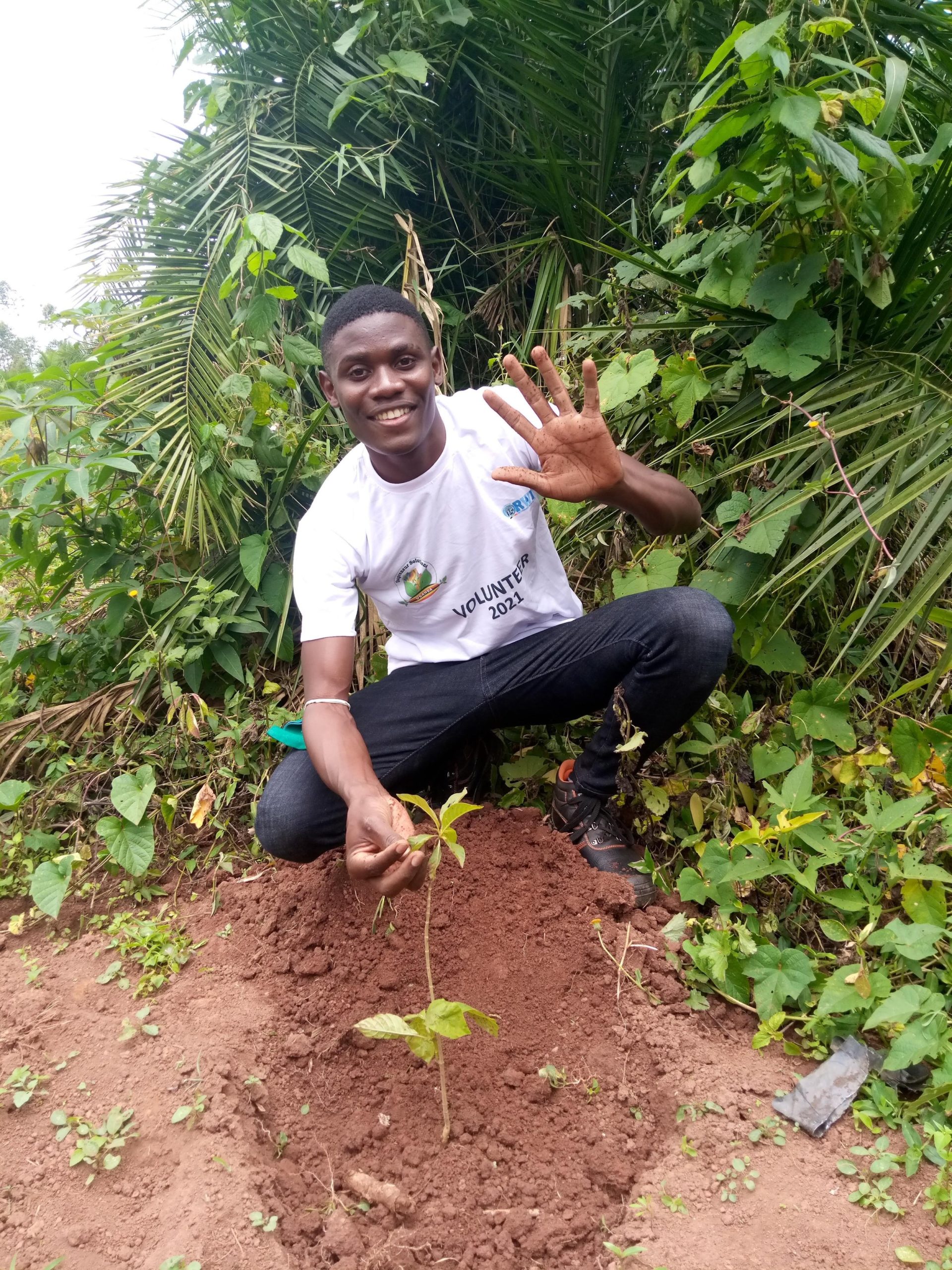 The Climate Activist Interviews: In Conversation with Nyombi Morris

Today, we’re speaking with Nyombi Morris. Could you tell us a bit about your background?

Yes. My name is Nyombi Morris. I’m a twenty-three-year-old climate justice activist from Uganda. I joined the climate change movement after witnessing the effects of tropical cyclone Idal, which had heightened impacts due to climate change, as well as other general weather changes, in the form of floods and landslides that took place, especially in 2018. Before becoming involved, I used to see activists from different countries, but I didn’t know much about it. I was following what was happening, though. In 2019, I was watching television, and I saw a girl – Vanessa Nakate – on the street outside our parliament building, striking for climate justice.

I’d heard a bit about her work, but I had to search for her online. I got in touch with her to learn more. So she talked to me about climate change, and in October 2019, I joined her climate movement. However, my background in climate change wasn’t strong, because before then, we had been living in a district in Uganda known as Masaka. It is near a wetland called Lwera. We used to get heavy rains, due to the companies that were doing sand mining – especially the Chinese, they used to come and mine sand in that wetland. This led to environmental degradation. After that, the wetland couldn’t drain anymore, and the water would come up into our houses, and most of the time, our crops were washed away by the floods. As time went on, my parents were forced to shift, because they couldn’t sustain a living. At the same time, they lost their investment in farming, because that living was no longer an option for us.

So when we moved to Kampala, we started living here with my grandmother, who agreed to host us for some time. In that process, at some point, my dad disappeared. He used to go and come back with some stuff, some food and other things, in the evenings, but one day, he went and never came back. So I struggled with studying. In 2016, when I finalized my 4 level (equivalent to US junior year of high school), my mom needed me to go, so she could support my siblings – there are three of them. So I began looking for jobs. But in 2016, luckily enough, I got a scholarship in a second university here. For two years, I worked on my course in IT and tech science. But when it came time to graduate, I couldn’t complete the degree because I couldn’t afford the completion fee. So I left with just a transcript. Today, I still have hope that one day, I will go back to school. But I don’t know when that day will be.

Last year, in 2020, I went to see my dad. He’s now with a different lady, and they have some kids. Until then, I thought maybe he had died, because he never called or reached out to us at all. In October 2020, just by coincidence, I was in town and ran into him. I was so shocked.

So life wasn’t easy. But when I saw Vanessa Nakate striking, I knew right away that I had to rise up, to stand up for the people, and for the voiceless. However much I was struggling myself, with what happened to my parents and their separation, I had to help. My family is connected personally to climate change, because before then, my parents struggled to get enough food for us, even as farmers, and they made no money. Many nights, we couldn’t even sleep, because whenever it would rain, the house would leak. We had regular flooding in our house, and we were forced to carry our bags and stay somewhere away from there the whole night. It started from there, but it’s stayed a part of my life. I still see others suffering in that way, and that’s why it stays with me, and I want to help. I want to be a voice for those people who can’t speak, to represent them.