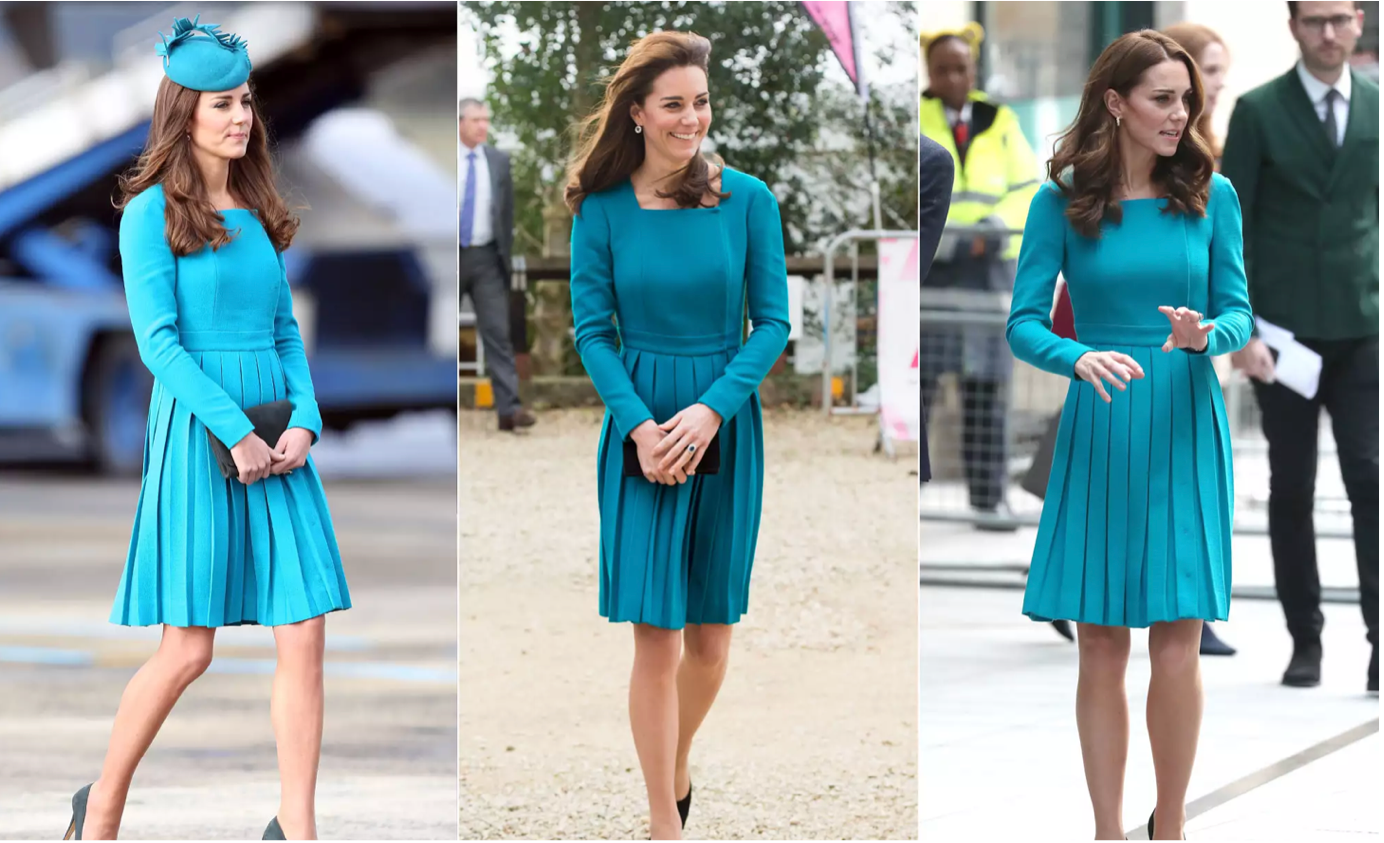 The Sustainable Wardrobe of a Royal

With the Queen’s Jubilee this week, the royal family are the talk of the town. Given the amount of events and public appearances by a number of members of the royal family, they’ve all had to step up their fashion game, to make sure they look the part throughout the festivities. Of course, the royals’ clothing choices has been a popular topic of conversation for a long time, and over the years different royals have put their own spins on the definition of a royal wardrobe.

While not being most famous for their sustainable fashion, there have been many royals who have led the way for the public by being eco-friendly activists through their fashion choices at both big events and everyday outings.

Already coined a style icon, the late Princess Diana was also known for her creative recycling of outfits, by having them altered, so she could re-wear them at later. Inspiring her fans to make the most of their clothing, rather than constantly buying new items, she made a habit of having her wardrobe pieces tailored into whole new creations, to allow for a sustainable way to keep her fashion game innovative and versatile.

A notable example of this is where she donned this Catherine Walker gown when meeting the Nigerian President in 1989 (left). She then had the dress skirt remixed, to wear again at an event in South Korea in 1992. (right)

Another royal fond of the idea of touching up old garments to enable them to last longer was Princess Beatrice, who was the first royal to wear a second-hand wedding dress. For her wedding day, the princess wore a Norman Hartnell gown that actually belonged to the Queen. Before going on display in Windsor Castle, the gown had in fact been worn by the Queen on multiple occasions, making it even more of a statement garment for the princess to select for her big day.

Using something beloved by her grandmother, as well as being designed by one of the Queen’s most beloved designers, was clearly a sentimental nod to her family. However, it also conveyed the strong message from the Princess that she, like Diana, believed that tweaks to already owned clothing, rather than simply buying new pieces all the time, is the best way forward.

She added sleeves and adjusted the hem, to personalise the dress to her own taste, but left the main body of the dress in tact, to highlight the beauty of the design. Continuing her theme of recycling items, she also re-wore a pair of Valentino’s she’d previously been seen in at Princess William and Kate Middleton’s wedding in 2011.

Perhaps in a more accessible way of recycling clothing, one royal who isn’t afraid to simply re-wear clothing items without touching them up, is Kate Middleton. Keen to show that it’s better for the environment to get usage out of your wardrobe then to simply keep topping it up with new pieces, the Duchess of Cambridge has been documented on many occasions as having worn the exact same outfit.

The Duchess went one step further with this blue Emilia Wickstead dress, wearing it on three occasions. She wore it first in 2014 in Australia (left), before wearing it again in 2015 in a visit to an Addiction Treatment facility, (middle) before donning it again in 2018 (right).

Even the Queen herself has spoken out against unethical fashion trends, after announcing in 2019 that she would no longer be sporting real fur. Although still sporting fur when required as part of her royal duties, where wearing ceremonial robes, any new outfits designed for the Queen since 2019 have been made using faux fur instead. Proving the powerful influence the royal family, and their fashion choices, have on the general public, this announcement led to a 52% spike in views of faux fur products.

All the materials used in the line were natural and traceable, with the concept being to put the environment at the forefront of the clothing range, rather than seeking to adhere to any trends. Seeking to help encourage and develop up and coming designers, the line was designed by students from the Italian Politecnico di Milano design school, before being manufactured by Dumfries House graduates in the UK.

Over the generations, a wide range of royal family members have shown their support for sustainable fashion. Encouraging repeated wearing of clothing, both by altering it to create creative twists on the same garment, as well as simply not fearing re-using the same outfit multiple times, royal family members have shown they believe if a piece is good quality, why not get your use out of it. Not only this, they have also used their influence to help promote more ethical clothing decisions, such as cutting out real fur in place of faux, and gone to the length of creating their own sustainable fashion lines, to add to the mix.