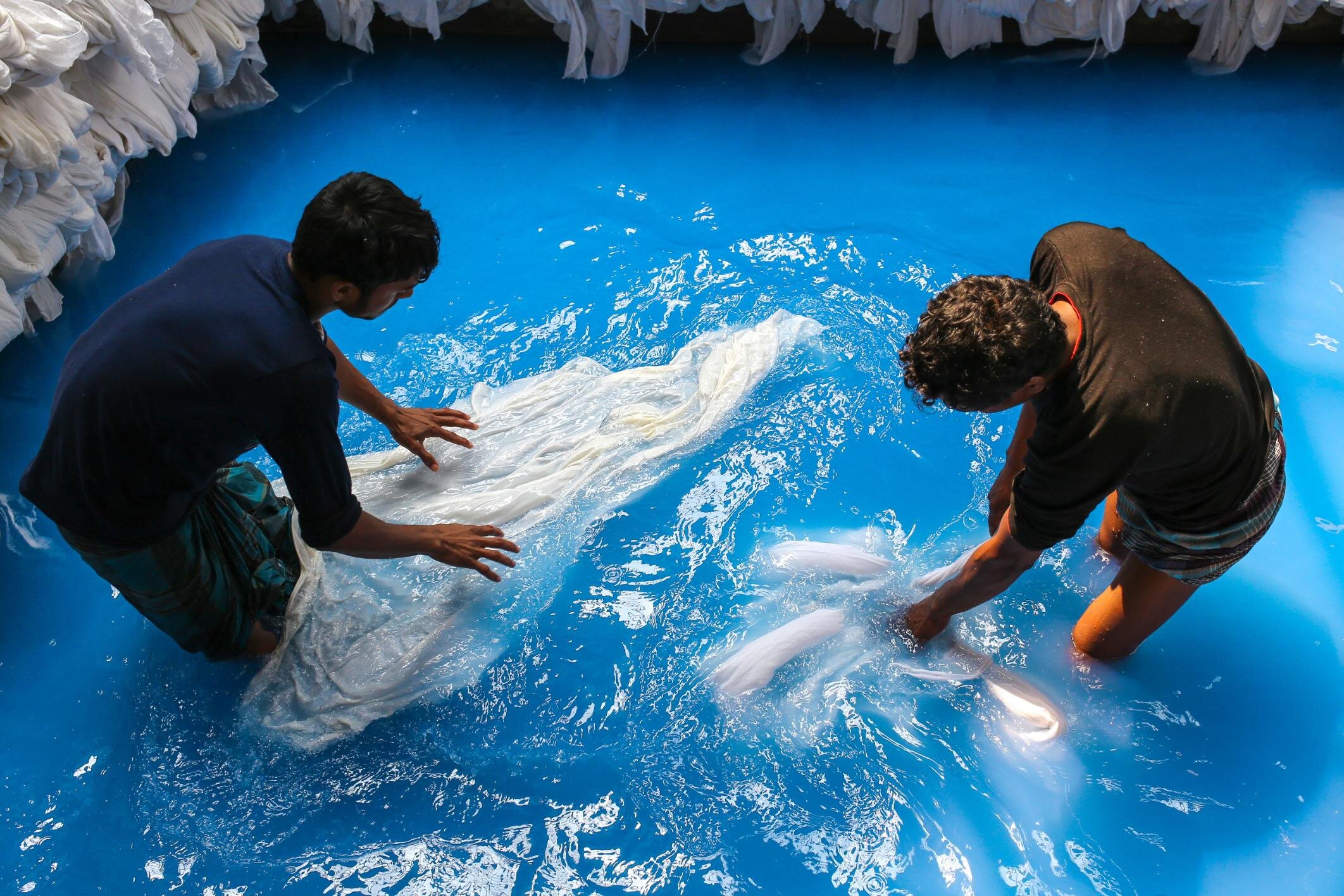 Over 10% of the world’s population do not have access to clean water. Meanwhile, the fashion industry was reported to use 79 billion cubic metres of water back in 2017. The pesticides sprayed, dyes used, and the micro plastics released throughout the manufacturing of garments places the water supply at risk.

During what Forbes refers to as the ‘invisible water crisis’, the fashion industry steals water from those in need. But which fabrics consume the most water?

Cotton is the most dominant material in fashion, accounting for just over thirty percent of all fibers in the textile industry.  While the resource is plentiful, cotton accounts for around 69% of the water used for textile fibre production. It has been estimated that for 1kg of raw cotton, 10,000 litres of water is required. Organic cotton is a more sustainable alternative, which requires up to 91% less water to produce.

Bamboo has a reputation of being more sustainable than cotton, which is true from a water perspective. Bamboo requires 1/3 the amount of water than cotton does, although bamboo linen is a better alternative than bamboo raylon.

The production of synthetic fibres requires less water than for natural fibres. Despite this, some facilitates do not treat wastewater properly, which causes an extreme amount of harmful, toxic waste.

According to Slate, cotton uses four times as much water as hemp. Using this fibre is more sustainable, given that water scarcity is a dangerous situation around the world.

Levi Strauss & Co reported that almost 4,000 litres of water is used to create one pair of Levi jeans. Water is used to grow the cotton, beach it and then dye it blue. In areas where denim is manufactured, streams are blue with environmental destruction.