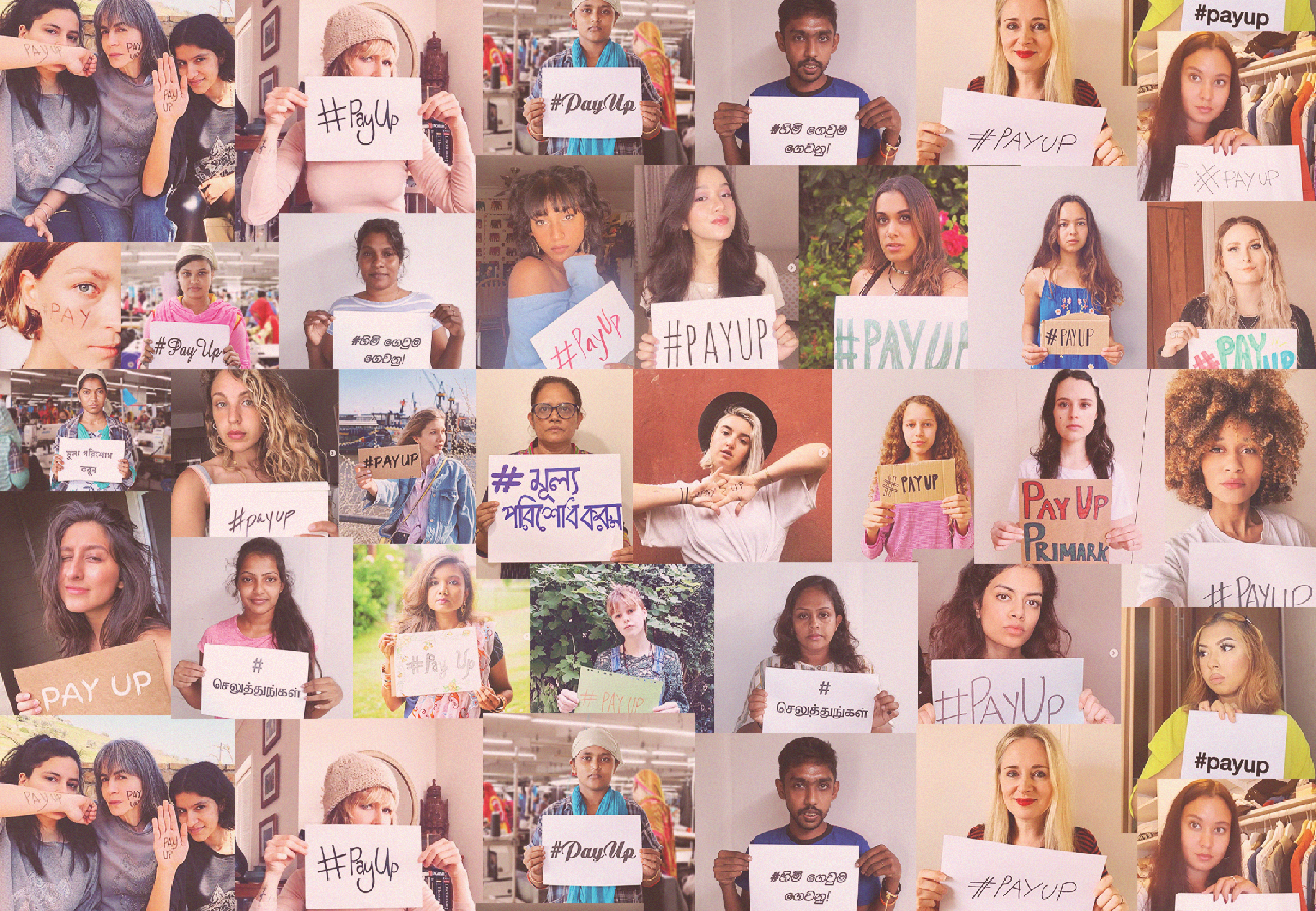 The fast fashion industry is one of the world’s largest pollutants—in fact, fast fashion is reportedly responsible for about 8% of all CO2 emissions, and boasts a carbon footprint larger than that of even the airline industry.

It’s undeniable that fast fashion is a huge perpetrator of some of the world’s most pressing environmental issues—and last year, the industry sparked a greater discussion surrounding human rights concerns after many major companies refused to pay garment workers for completed clothing orders ahead of the COVID-19 pandemic.

In light of these troubling actions, ReMake and Pay Up Fashion partnered up on the #PayUp campaign, which helped to recoup money owed to garment factories worldwide. As of December 2020—following months of petitioning and protesting for more accountability in fast fashion—reportedly $15 billion was paid out by over a dozen major fashion companies, including Gap Inc., Zara, and Next, among several others.

“The campaign had a very simple demand: for brands to pay their factories in full for any clothing that was in production prior to the pandemic. We also demanded that brands stick to the original terms of their contracts, meaning no discounts on their clothes (as factories already operate on razor thin margins) and no delays in payments (as brands already wait upward of 60 days to pay their factories),” says ReMake CEO and founder, Ayesha Barenblat. “#PayUp was hugely successful at securing approximately $22 billion back from 24 major brands, including Zara, Levis, Nike, Primark, ASOS, adidas, and many more. This was because  270k citizens signed our original #PayUp petition and millions more engaged with our campaign. “

She continued in saying that, “as successful as the #PayUp campaign was, it also underscored the need for fundamental reforms to reign in corporate power and truly eliminate the race to the bottom in fashion that puts women workers’ lives at risk. In short, the public shouldn’t have to chase down hugely profitable companies to pay their garment makers during a global pandemic. And without big, bold changes, another crisis is around the corner.”

ReMake is built on a community of fashion lovers, women rights advocates, and environmentalists who are working to change the fashion industry’s harmful practices on people and the planet.

Barenblat has previously described the negative contributions of the fast fashion industry as one of the “biggest humanitarian crisis of our lifetime.”

Now, nearly a year later, the companies are following up on their hugely successful campaign with the #PayHer initiative—a campaign which aims to highlight the work done through the PayUp Fashion coalition, including the 7 Actions being demanded from 40 major brands.

The 7 actions are broken down as such: #PayUp, honor the contracts with factories, and owe the money on all orders completed or in production to protect millions of garment makers from going hungry; keep workers safe and specifically protect the women who make our clothes; go transparent and be more open about the processes and wages that make up the fast fashion industry; give workers center stage and the space to speak up when it comes to their rights; implement enforceable, legally-binding contracts; end starvation wages that make it impossible for garment workers to earn a livable income; and help pass laws or support corporate reform that prioritizes the rights and needs of garment workers worldwide.

Since the beginning of the pandemic, there’s now more of an urgency than ever before for fashion brands to quit ignoring their responsibility to produce livable wages within their supply chains. To help push the latest #PayHer campaign, ReMake and Pay Up Fashion recruited a number of big names in entertainment, fashion, and the environmental spaces to echo the voices of garment workers worldwide and #PayHer.

“COVID-19 has cracked wide open the unequal relationship between factories versus brands and retailers. While there may be a light at the end of the pandemic tunnel in the U.S. and many other countries, the dust from the financial fallout caused by COVID is piling up in heaps across the globe,” says Barenblat.

For more information on the #PayHer campaign or two support the work of ReMake and the Pay Up fashion coalition, visit www.payupfashion.com.